SNEAKERS MADE IN SPAIN: A SURE GUARANTEE 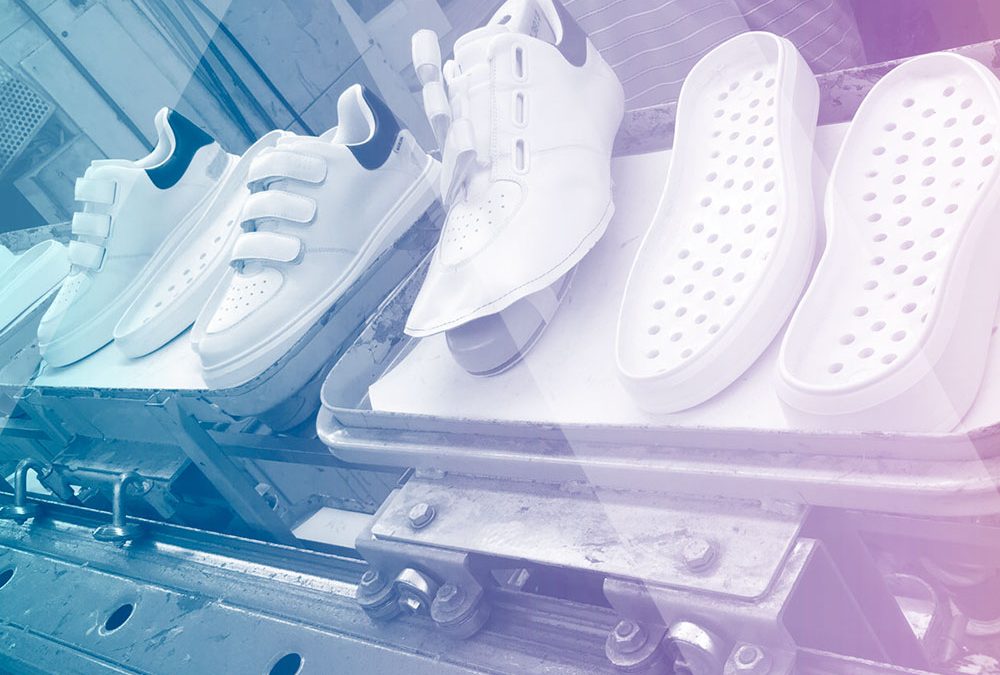 The Spanish fashion is fashionable, cost the redundancy. There are great the Spanish designers who triumph beyond our borders. Every day, there are bought thousands of products of Spanish marks, so much on-line as offline. Therefore, we can say high good that is a sector in heyday in our country. Much more if we speak about the sneakers made in Spain.

As for footwear, Spain has a long tradition shoemaker. Quality footwear much valued for the exterior is made. And already not alone more traditional leather shoes, the sneakers are fashionable. Not only they are already used in an informal way or to go in for sport. Now, they are used for multitude of occasions: holidays, meetings and even to go to the office.

In Marlon Sneakers we think about how to be one of the modality in the sector of the sneakers made in Spain in particular and of the footwear in general Made In Spain where one gives priority to the quality and the serviceability over the cost reduction that he would suppose designing and making in countries where the labor and infantile development exists.

From the beginning we were sure of it. We wanted to bet for the Spanish manufacture. We know that the sector of the handmade footwear of our country is the whole modality and we wanted to create a mark with the quality stamp of Spain. For it, we can say that we offer sneakers made in Spain with quality in its production and in its materials.

Also, we were sure of what he would suppose making in Spain. Not only there are advantages what it offers, also there are many disadvantages. Inconvenientes who does that, for example, the costs and slope increases much that the final consumer appreciates it across an on-line shop. It can neither have nor to appreciate every detail of this type of manufacture. But, nevertheless, we do not ever doubt.

There are different the fashionable Spanish marks that are very well received in other countries. The sector of the footwear is not less and there are great the experts who speak about how the mark Spain leaves trace there where it goes. The tradition made in handmade Spain of the Spanish footwear is revitalized in the last years thanks to the startups or new marks, which they bet for giving to the product an extra cost making use of the design and a renewed functionality.

East to re-arise from a very fruitful sector in Spain, especially in the Valencian Community, is caused by the reinvention of a too traditional sector and much encorsetado in the manufacture of a certain type of footwear.

Undoubtedly, the incursion of the sneakers (sneakers) day by day has big part of fault since we are observing how traditional companies of production of footwear throw themselves to the search of new marks that he forces them to bet for new ways of producing and of designing footwear.

ADVANTAGES OF MADE IN SPAIN

The manufacture of clothes and footwear in Spain is synonymous of quality. To make in Spain is an extra cost at the time of commercializing products, as it is the case of the buys for Internet where it is possible neither to have nor to see physically the product. An extra cost, especially, in case of the leather goods and the manufacture of purses and footwear, one of the strong points of Spain and, in particular, in Alicante.

Also, to rely on with local companies revitalizes small craftsmen who, in the last years, have turned out to be poured out to close its business for the production scarcity. Many marks, they choose for the manufacture in other countries where the cost is much less, in spite of sacrificing the quality of the product.

To choose for the Spanish manufacture, is a work of social nature where we know that it is produced in the conditions adapted for the workpeople it is slightly important for us. And as the industry of the fashion is, something vital for the buyers.

To make in the same country of a mark, is to bet for the local economy and the circular economy. In addition to being a product much more sustainable than different that is made in another country. To bet for the local economy where an effort is done so that the manufacture is done in the regional, regional or state environment for the economic growth of managerial and social sectors of the environment. To bet for the circular economy where, as far as possible, the materials that are used in the manufacture are local. To bet for a sustainable product where, to the being a local manufacture, there is reduction of expense of fuel and contamination, for example.

DISADVANTAGES OF MADE IN SPAIN

But, not only advantages are the manufacture made in Spain. As everything, it has its secret side. The main problem that we find is that the manufacture cost is much higher that to make in other countries like Asia, Morocco or enclosed Portugal. Specifically, in Spain, the cost is the highest. It implies that the prices of the products will be much higher, to cover margin and benefits. What is clear is that the products made in Spain usually more expensive and do it to him be to understand the client not always is easy.

Another big problem which the marks face is the absence of innovation in the productive process. It is true that in what they are specializing the Spanish factories are excellent, but also it is necessary to indicate that to realize a production only in Spain limits you to that there are things that cannot be done. This is because, till recently, the Spanish factories were innovating neither in the productive process nor in the tendencies that the market claims. This is one of the main disadvantages that do that the marks make out of our country.

MARLON SNEAKERS: SNEAKERS MADE IN SPAIN

In spite of the disadvantages that we can meet in the production, Denis Marlon, its sneakers mark Marlon Sneakers, it has been faithful to its convictions betting for a product 100 % made of Spain with materials of maximum quality. This has caused to assume more costs in the productive process that do that the sale cost increases. But, nevertheless, we are sure that the final consumer increasingly is going to value our commitment for with our country.

We invite you to try one of our sneakers. Quality, sostenibilidad, craft.

This website uses cookies to improve your experience while you navigate through the website. Out of these cookies, the cookies that are categorized as necessary are stored on your browser as they are essential for the working of basic functionalities of the website. We also use third-party cookies that help us analyze and understand how you use this website. These cookies will be stored in your browser only with your consent. You also have the option to opt-out of these cookies. But opting out of some of these cookies may have an effect on your browsing experience.
Necessary Always Enabled
Necessary cookies are absolutely essential for the website to function properly. This category only includes cookies that ensures basic functionalities and security features of the website. These cookies do not store any personal information.
Non-necessary
Any cookies that may not be particularly necessary for the website to function and is used specifically to collect user personal data via analytics, ads, other embedded contents are termed as non-necessary cookies. It is mandatory to procure user consent prior to running these cookies on your website.
SAVE & ACCEPT

Shopping cart0
There are no products in the cart!
Continue shopping
0