TRAP STYLE: FROM MUSIC TO FASHION 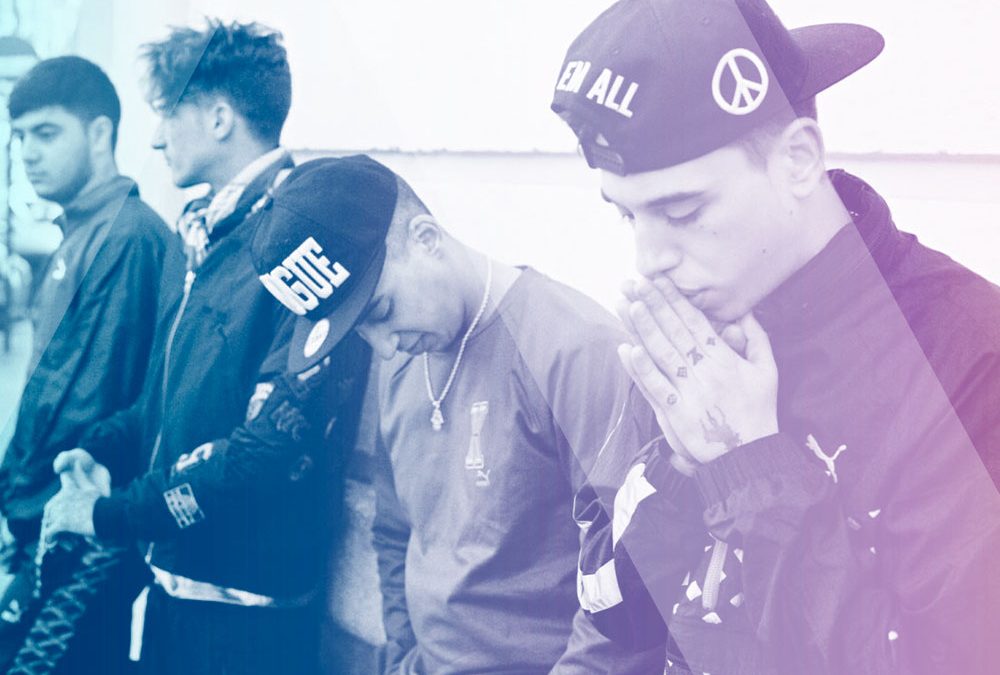 It seems incredible, but it has been more than 25 years since the Spice Girls appeared on stage. They swept the world. But, they stood out, in addition to their music, for their styles. Very bizarre ensembles that received almost equal praise and criticism. As they say, fashion is cyclical, but with each turn of the cycle it reinvents itself. Now we meet singers like Rosalía on the stages of the world who once again make visible that style of clothing that became famous in the 90s. A style with chonis airs that now they call the trap style.

WHAT IS THE TRAP STYLE?

It seems that in the trap style there is room for any clothing and if it is more striking, much better. But it is not like that, it seems that everyone knows how to differentiate a trap style, but most of the cases have a totally unrealistic vision.

First of all, we are going to define, on a musical level, what trap is. In most cases we associate it with reggaeton, rap and hip-hop. But in its essence, this novel musical genre is a balanced mix between American rap and a more danceable and harmonious basis than those of this urban style. And in the case of Spain, it also comes with certain vindicant and feminist airs such as La Zowi or Bad Gyal. Many also include Rosalía in this group, because, although hers is not a pure trap, her style is the most recognizable.

In short, trap is an urban musical subgenre born in the 90s. It is marked by a shameless character, lyrics without mincing words about the street, drugs, violence and a shared feeling of complaint about the situation that young people live . Slow rhythms with electronic, rap and hip hop influences. The trap is not originally Latin, although today many Latin artists are great representatives of the genre.

THE TRAP IN FASHION

If we are already clear about what trap is, how has this musical genre influenced fashion? It is a style with great urban airs, easily identifiable and far from glamor, luxury brands and other fashion styles.

It seems that this style more identified with American suburbs, brands are popularizing it to such an extent that it has become a trend. Fur coats, sweatshirts, sportswear, tracksuits, crop tops, maxi gel nails, animal print garments and lots of shine. Trap lovers love gold, pieces of gold jewelry or large gold baths that stand out above all else.

Urban culture rules. Out there is fashion and what you see on the street is a trend. That is the essence of the trap style. Although trap is the style of the urban mass, the neighborhood, not everything urban is trap. There are no labels in trap, it is an eclectic style in which what counts is to be yourself, show your rebellion and claim your own unique personality. It is a lifestyle. A generation that feels good with trap looks, with which they express their most ironic way.

Within trap fashion is the concept of sneakers for everything. We are in full swing of the sneaker revolution. We have already left behind the idea that a shoe is a purely sports accessory. Now we find sneakers for any moment. They are very versatile accessories that will give the perfect touch to your look.

And if something has revolutionized the sector in the world of sneakers, it is sneakers with a platform. Now, wearing sneakers is really comfortable or comfortable. There is no look that resists wearing a sneaker. It’s about taking risks, changing the chip and jumping into this new universe of footwear.

THE TRAP STYLE IN SPAIN

Rosalía has brought us a new fusion of flamenco that has made its mark worldwide. But her wardrobe is also highly commented. Tracksuits, sweatshirts, minidresses and platform shoes are the stars of her show. María Escoté or Palomo Spain are some of the designers who do not hesitate to choose her to show her new collections.

He is not the only star of today who also influences with his clothes. Bad Gyal is one of the most powerful references in terms of style. Vintage garments, earrings and fishnet become the singer’s hallmark.

And finally … C. Tangana who is changing the rules of style. The provocative halo that he gives off leaves no one indifferent, neither with his music nor with his styles. The combination of second-hand garments with large firms are his maxim for concerts or video clips. Tangana is not an ordinary guy. That is why he has a knack for making basic or common garments look good.

This website uses cookies to improve your experience while you navigate through the website. Out of these cookies, the cookies that are categorized as necessary are stored on your browser as they are essential for the working of basic functionalities of the website. We also use third-party cookies that help us analyze and understand how you use this website. These cookies will be stored in your browser only with your consent. You also have the option to opt-out of these cookies. But opting out of some of these cookies may have an effect on your browsing experience.
Necessary Always Enabled
Necessary cookies are absolutely essential for the website to function properly. This category only includes cookies that ensures basic functionalities and security features of the website. These cookies do not store any personal information.
Non-necessary
Any cookies that may not be particularly necessary for the website to function and is used specifically to collect user personal data via analytics, ads, other embedded contents are termed as non-necessary cookies. It is mandatory to procure user consent prior to running these cookies on your website.
SAVE & ACCEPT

Shopping cart0
There are no products in the cart!
Continue shopping
0